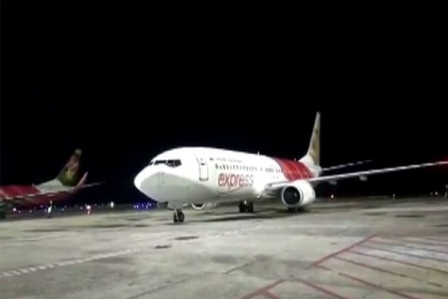 New Delhi: The first Indian plane to land in Kalikot, Kerala, has returned to the first phase of the Bande Bharat Mission. The first flight from Dubai to India brought Indians and reached at Kalikot. 181 Indians returned from Dubai late last night. Of these, four are newborns are there. The Bande Bharat Mission will bring back Indians trapped in 12 countries in phases. According to reports, the campaign will last for seven days. First, Indians trapped in the Gulf will be repatriated. On the other hand, naval warships are also involved in the mission. The ship, carrying 1,000 Indians, is sailing for India.