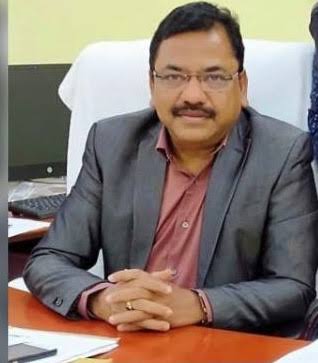 Jagatsinghpur: (Pratap Kumar Singh) The government and the district administration have taken strong steps to maintain social distance and separate living as the world and India and the state of Odisha have been particularly affected by the rapid spread of the Carona virus. Jagatsinghpur district collector Sangram Keshari Mohapatra has issued a sharp cut in the district. Essential stores in the district will be open daily from 6 a.m. to 11 a.m. The district administration has also ruled that violating the law on maintaining social distance between consumers and pharmacies, as well as keeping customers away from each other, is a violation of the law. Shopkeepers / traders who disregard social distances will be prosecuted, and strict action will be taken against shopkeepers / business customers who do not keep social distances.

Shopkeepers who sell all essentials and medicines will use Face Mask to come to the relevant shops. It is mandatory for all customers (face mask) to use the weapon and the administration is prohibited from wandering outside unnecessarily. Police in riot gear stormed a rally on Friday, removing hundreds of protesters by track. District collector Sangram Keshari Mohapatra has declared Paradip Port Hospital and the Oil Corporation of India (IOCL Hospital) as Covid isolation center. Rahama Hat has been declared closed until further notice All petrol pump owners in the district are responsible for transporting goods, vehicles, police vehicles, emergency vehicles used for Covit-19, government vehicles, pass vehicles, media representatives with valid IDs, vehicles running from 1pm to 7am. The district attorney’s office said in a statement that it was “not aware of any such concerns. To keep social distance, the Uco bank that is present in the collecteriate campus to close including overall freshness stop command.