Minister said, to teach a lesson by belt 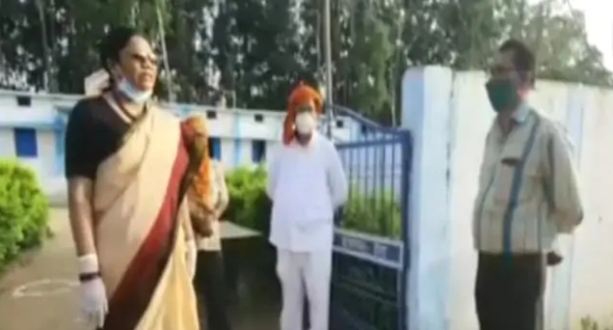 New Delhi: Grandfather Renuka Singh, who is the tribal affairs minister in the BJP government, has shown Dadagiri. That again at the quarantine Center. Union Minister Renuka Singh is now embroiled in controversy over allegations of domestic violence and beatings. With that said, he was captured on camera threatening the authorities.

Arriving at the Balrampur Barantin Center, about 400 km from Raipur, the capital of Chhattisgarh, he said, “Dadagiri will not run.” No one should think that our government is not in power. We ruled for 15 years. The central government has enough money to deal with corona. I promise that those who need money will be provided with funding. Don’t think that the BJP activists wearing the gerua are weak. “It simply came to our notice then.