Home Politics A rotary organisation involved in the development of 115 aspiring districts in...
Politics

A rotary organisation involved in the development of 115 aspiring districts in the country: Dharmendra Pradhan 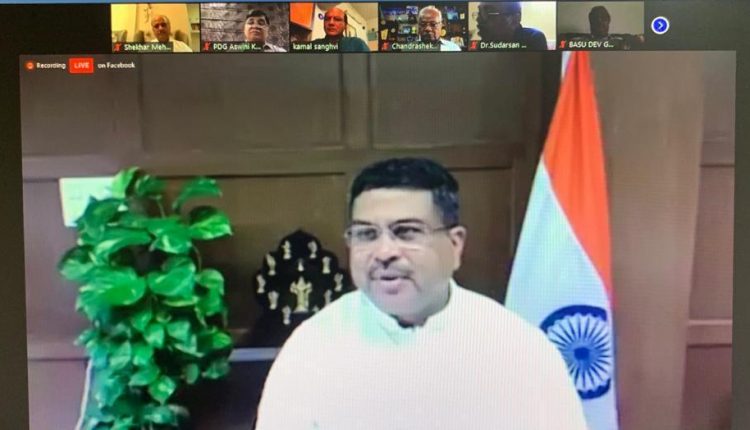 Bhubaneswar: Prime Minister Narendra Modi has launched an ambitious district program to focus on education, health, basic needs, skills and economic development in the country. Union Minister Dharmendra Pradhan has called on the Rotary Union of India to work for the development and development of 115 backward districts across the country, including the Prime Minister’s Office. According to the Prime Minister, the economic development of the country is possible only if the aspiring districts are developed. Mr Pradhan said this while holding video conferences with more than 500 representatives of Rotary organizations from Sri Lanka, Pakistan, Bangladesh and many other countries around the world, including India. He said the way Rotary society, like a voluntary organization, was working for people in India during the World Cup-18 crisis was commendable.

He encouraged ordinary people as well to take part in solving this great task: “One of the things you and other people can do is keep up the pressure … there are going to be some difficult decisions for government”. Shekhar Mehta, head of the Indian Rotary Organization, and Ramesh Agrawal lauded the Indian government, led by Prime Minister Narendra Modi. “India is in a better position than any other nation and it is possible for better governance of the Indian government,” he said. He also welcomed Union Minister Dharmendra Pradhan’s suggestion to work on the development of the district and the e-education of children.

Facebook
Twitter
Pinterest
WhatsApp
Previous articleMinister said, to teach a lesson by belt
Next articleImportant order of Supreme Court to Air India, passengers can only seat in the middle seat for 10 days