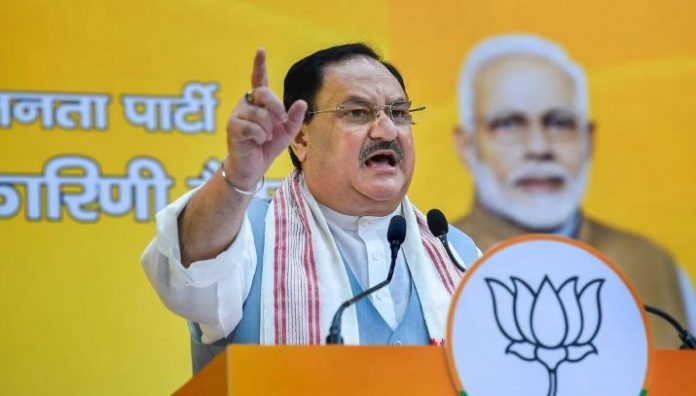 New Delhi: BJP’s new team announcement has been done by J P Nadda. Vaijayakta Panda retains the post of vice-president as before. However, the Nadda team includes 12 vice-presidents, four general editors Raman Singh, Bashundhara Raje Sinia, Radhamohan C. ” Bhupendra Yadav, Arun Singh, Kailash Vijay Bargiya, Dushya Gautam, D Puradeshwari, CT Ravi, Tarun Tug, Dillip Saikia have been given the post of general editors. Similarly, Rajesh Agrawal has been given the charge of treasurer, while Sudhir Gupta has been given the charge of co-treasurer. However, four leaders from Odisha have been included in the JP Nadda team.

Facebook
Twitter
Pinterest
WhatsApp
Previous articleFarmers across the state, including Bhubaneswar, are protesting against the Modi government’s farmer and agriculture destructive act
Next articleBJD and BJP activists and leaders from Khordha district joined the Congress