3 died by drinking pesticide due to family quarrel 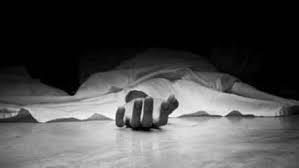 Hours before Odisha’s Nuakhai celebration, three individuals from a family in the state’s western locale of Bargarh passed on in the wake of taking toxic substance over a family squabble.

Police said a rancher of Beniachal town under Bijepur square of Bargarh area expended some pesticide and took care of his significant other and 12-year-old little girl late Saturday evening after a question with the parents in law of his oldest girl. Bargarh police headquarters reviewer Rajendra Sial said while the 12-year-old passed on not long after taking the pesticide, the rancher and his better half kicked the bucket in clinic late in the night. Police said yesterday, the rancher’s child in-law had come to Beniachal town to return his pregnant spouse to his home with the goal that she could observe Nuakhai at her in-law’s place. She was remaining at her dad’s place following a contest with her parents in law.