Important order of Supreme Court to Air India, passengers can only seat in the middle seat for 10 days 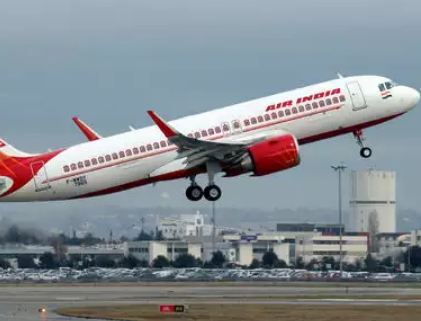 NEW DELHI: To reassure Air India, the Supreme Court today ruled that passengers can sit in a seat between three three-seat seats on a plane for the next ten days during an epidemic like Corona. The court granted the permit only for non-foreign flights arriving from abroad, that is, for those already booked. However, 10 days later, Air India will have to comply with the Bombay High Court’s order. “All passengers have to leave the seat in order to maintain a social distance between them,” he said. The Mumbai High Court’s order was challenged by Air India and the central government in the Supreme Court. The Supreme Court ruled that social distance was the only way to protect against coronary heart disease. That is why the High Court has asked to vacate the seat in the middle. The government said all seats had been booked by June 16. And now if you cancel it, people will be in trouble.

Facebook
Twitter
Pinterest
WhatsApp
Previous articleA rotary organisation involved in the development of 115 aspiring districts in the country: Dharmendra Pradhan
Next articleGovernment has stepped down on Corona matter, now Jagannath is the only hope: Niranjan Patnaik