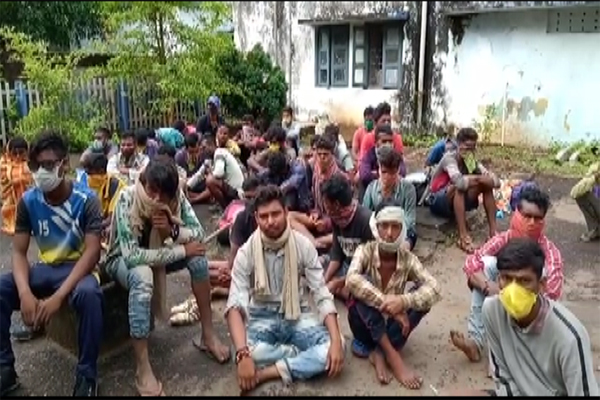 Rayagada: For the past one month, many workers have been stranded in various parts of the state due to fears of coronation. The closure of the lockdown is increasing day by day. So the workers are looking for different ways to get home. However, he did not find a way to cross the border. According to sources, many workers are now returning to their areas. Rayagada today arrested four workers on a train from Vijayanagar in Andhra Pradesh to Bargarh Sambalpur in Odisha.

The workers were stopped by the railway police near Jemadeipend on the Rayagada-Andhra border after receiving news that they were traveling in trains and trucks. During the investigation, they were found to be working at a plywood factory in Vijayanagar, Andhra Pradesh. The factory was closed after the lockdown, and its owners did not pay the workers. Due to the lack of food and drink, the workers were forced to walk to their homes on their way to the train station, where they were rescued by the railway security police and handed over to the local Sesakhal police station, said BN security officer DN Trilok. Mr Trilok said the four workers had been sent to a detention center for treatment.