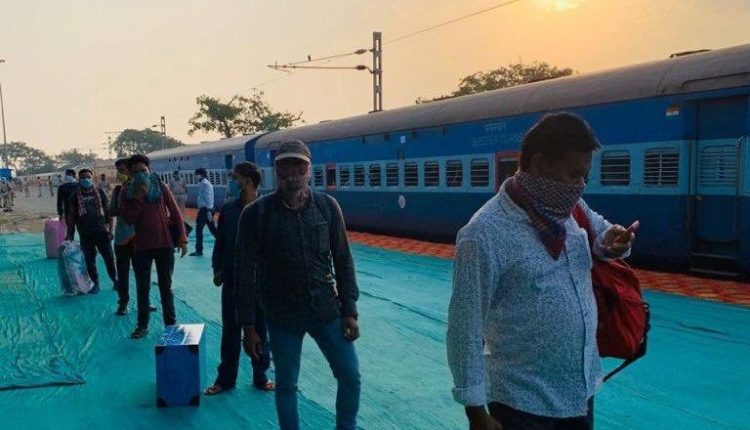 Bhubaneswar: Five more trains are heading towards Odisha today. It is learned that the five trains will take about 5,000 migrant Odiyas to Odisha. Of the five trains, three will be from Gujarat, one from Maharashtra and one from Tamil Nadu. One train from Surat left for Gnjam Jagannathpur while three more trains from Sabarmati will arrive at Khordha Road station. On the other hand, a train from Panvel in Maharashtra is heading towards Titilagarh. Similarly from Chennai a train was reported to be coming to Jagannathpur in Gajam. More than 5,000 migrants have been reported on five trains.