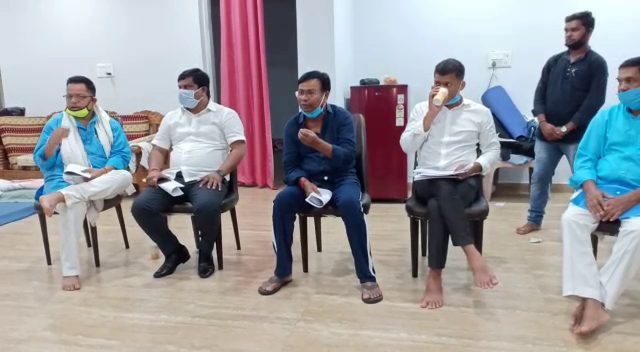 Kalahandi: The Congress has opposed the relocation of more than 100 doctors and lab technicians from the KBK district to deal with the Ganjam corona. Senior Congress leader and former Union Minister Bhakta Charan Das, a senior Congress leader, said in a press conference at Bhawanipatna that the Congress would take to the highways if it did not withdraw the four doctors from 30 districts of the state, including 100 doctors from 30 disadvantaged districts. Legislator Adhiraj Panigrahi has strongly condemned the simultaneous transfer of 100 doctors from the KBK district to Ganjam alone. Of the 1694 vacancies required by the government, 828 are vacant. At present, the health care of 1 crore people in these 6 districts is being maintained by only 866 doctors