Home Politics Protest from Odisha Pradesh Congress for democracy of Rajastan in front of...
Politics 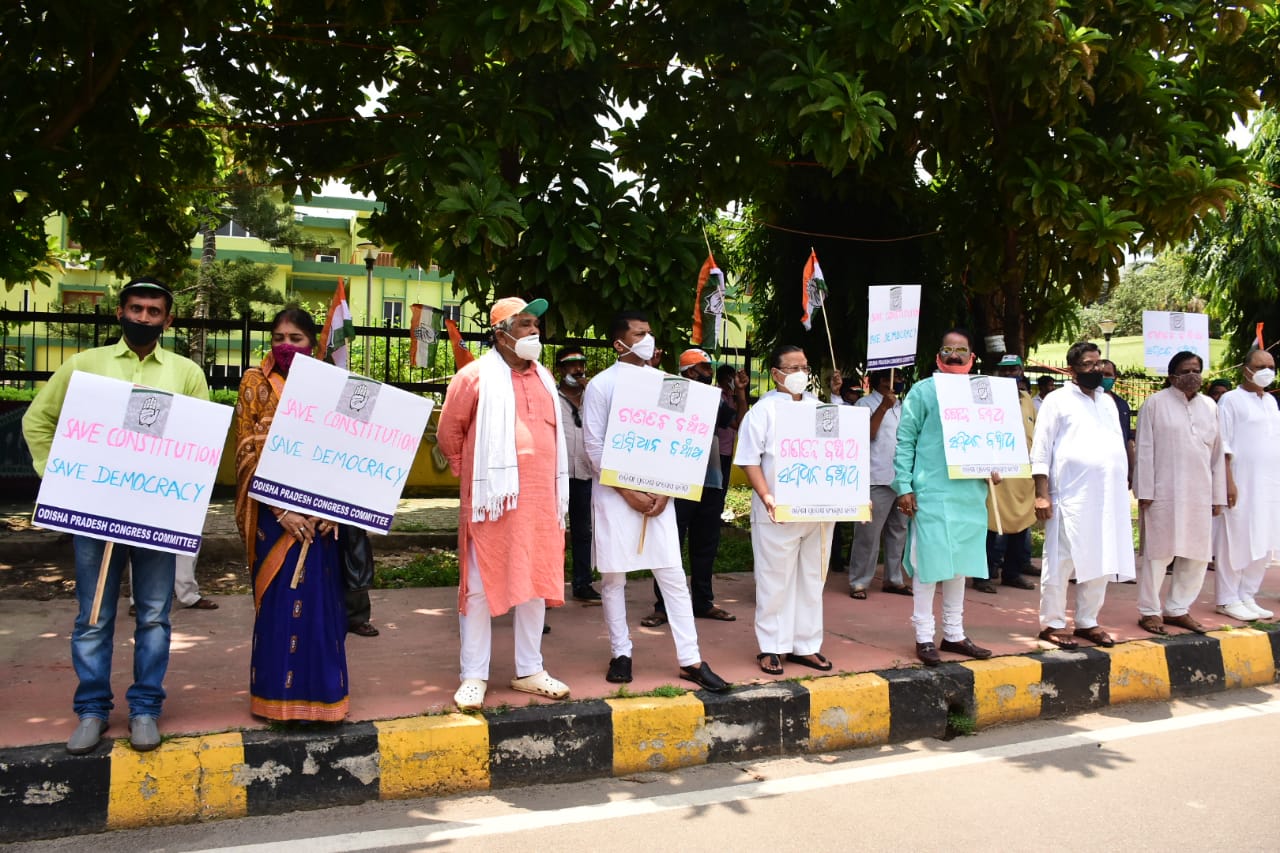 Bhubaneswar: The BJP government at the Center is endangering the country’s democratic system and continues to do so. “In the Congress-ruled states, the BJP is trying to illegally overthrow the elected government,” said PCC president Niranjan Patnaik. In Rajasthan, the Congress has accused the Congress party of forming a government by attracting a large number of legislators and attracting them to finance and ministerial posts. It is undeniable that the governor did not accept the proposal made to the governor for the assembly session with the approval of the cabinet of Chief Minister Shri Ashok Gehlot. In a protest in front of the Raj Bhavan today to protect democracy on behalf of the Congress, Mr Patnaik said the BJP was using money and bribes as well as misusing the central government system to lure money to elected legislators one after the other. Trying to get to. BJP leaders have been reluctant to resort to force if they fail to subdue the required number of legislators in order to escape the law.