Home Politics Of the757, 136 reported positive in the Assembly
Politics

Of the757, 136 reported positive in the Assembly 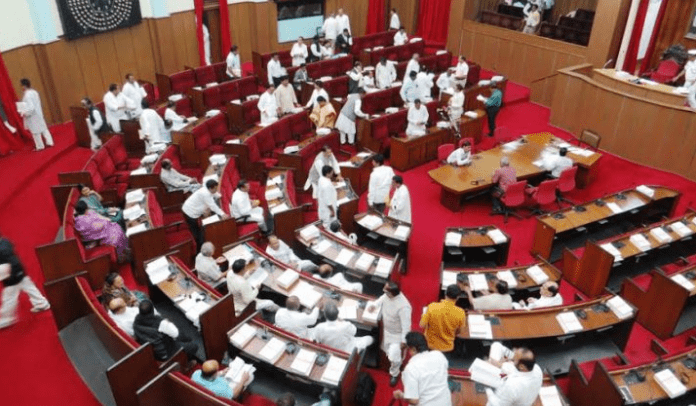 Bhubaneswar: The corona Test report came today before the Assembly session. Of the757 Covid tests, 136 reported positive. Two legislators, journalists and assembly workers have been identified as positive. Among the legislators who came to the polls were Devi Mishra and Pramila Mallick. Which, of course, made the video an overnight sensation. Meanwhile, the state’s monsoon session is set to begin on the 28th. Sample collection began at 6 a.m. yesterday and lasted until 5 p.m. A total of 436 samples were collected from assembly workers and security personnel, while 20 legislators, were also collected. Everyone was tested for RTPCR. An earlier statement had called for the antigen test. The sanitation will be done by BMC by Monday afternoon.