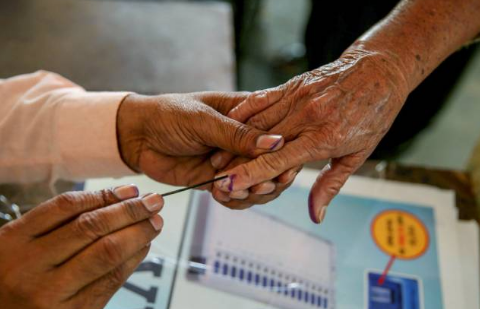 An all out 81 applicants are in the brawl for by-decisions to eight seats in Gujarat to be hung on November 3, the Election Commission said today. By-races in Abdasa, Limbdi, Morbi, Dhari, Gadhada, Karjan, Dang and Kaprada seats were required after the sitting Congress MLAs surrendered. Monday was the last date for withdrawal of designation structures. Out of 102 assignments got by the EC for eight seats, 21 structures were pulled back till Monday, leaving 81 applicants in the brawl, a delivery from the workplace of the Chief Electoral Officer said.

Limbdi has the most noteworthy number of 14 up-and-comers, while Kaprada, held for Scheduled Tribes up-and-comers, has the least number of four up-and-comers. According to the delivery, 12 competitors each are in the brawl in Morbi and Gadhada seats, trailed by 11 in Dhari, 10 in Abdasa, and nine each in Karjan and Dang. Up-and-comers of the decision BJP and the resistance Congress are set in opposition to one another in all the eight seats. The Bharatiya Tribal Party has additionally handled two competitors – in Dang, which is held for ST applicants, and Karjan.