A 2 and half year old baby girl tested corona positive 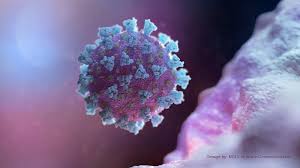 Bhubaneswar: Out of 7 corona positive identified in the state today, 5 are from the Bhadrak district and 2 are from Balasore area. Surprisingly, one of the 2 victims from Balasore is a two and half year old girl. Her home is said to be in the Barhampur police station. The other person is known to be a RPF staff. This was informed by Nilgiri sub-collector Harishchandra Jena. Their sample was taken on 16th and today the reports have come. The concerned family is in quarantine now. The concerned area is going to be a containment zone and the process has already initiated according to the sub-collector. The total number of corona patients raised to 68 after including today’s 13 positive cases.

Facebook
Twitter
Pinterest
WhatsApp
Previous article6 more corona patients identified, 13 identified in a single day
Next articleThe wife of the prime Minister of Canada has been diagnosed with coronavirus