A terrorist was killed in a shootout between militants and terrorists 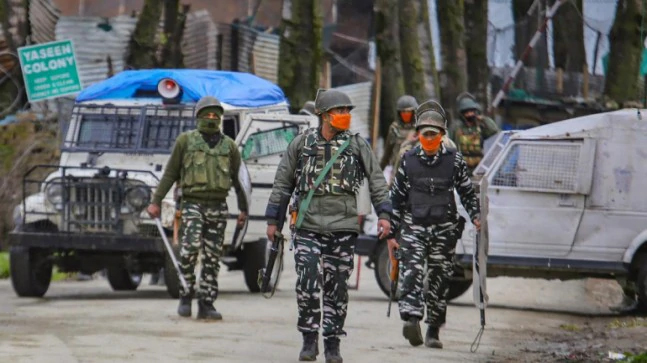 SriNagar: Security forces militants in Dairu Kiram village under Shopian districts of Jammu &Kashmir on Thursday morning, a terrorist has been killed in a shootout with militants. According to a government official, search operation was launched after receiving specific information about terrorists in the area, which was joined by a joint team of police and the Central police force. When the terrorists were surrounded by the police, they started shooting at them. To encounter their shooting, in return the security forces shooting and a terrorist died. The government official gave all these information. The shooting at that place is still going on.