Akhi Muthi started by Minister for Agriculture on Akshaya Tritiya 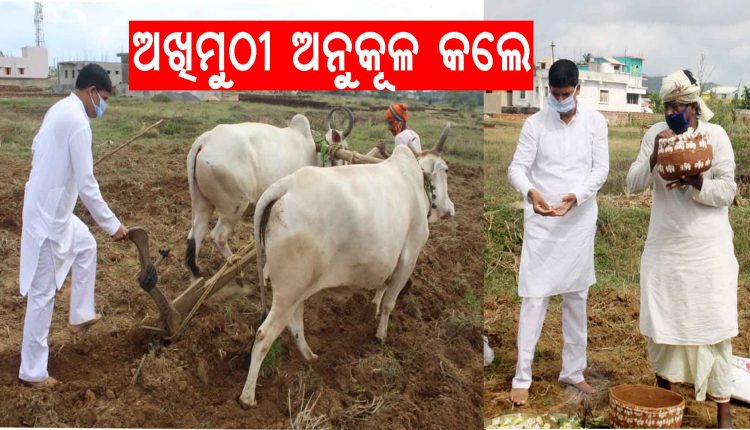 Nayagarh (ONA): The state government’s Minister for Agriculture and Farmer Empowerment, Fisheries and Animal Resources and Higher Education, Dr. Arun Kumar Sanu, today encouraged the land of a farmer near the Nayagarh party office. After the puja, the minister sowed seeds and plowed. According to reports, the third day of the month of Baishakh is celebrated as the Akshaya Tritiya. On this day, farmers start farming by adapting to their land. Today, the Minister of Agriculture has personally agreed to the Akshay Tritiya occasion, which has not been officially observed due to the Carona epidemic. Akshay Tritiya is an agricultural festival. This is a good day for farmers. On this day, farmers in the suburbs of Odisha start farming. Akshay Tritiya is a day when work begins without money. The work that begins on this day is very auspicious. “It simply came to our notice then,” he said. This year’s weather is good for agriculture. The state government has cracked down on fighting for agriculture. He encouraged ordinary people as well to take part in solving this great task. “One of the things you and other people can do is keep up the pressure, there are going to be some difficult decisions for government”.