Home Politics All burden of the state should not be on Balangir: Congress
Politics

All burden of the state should not be on Balangir: Congress 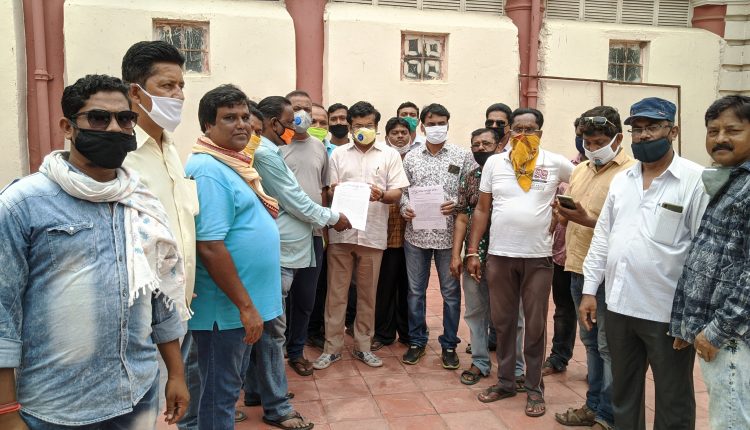 Balangir, – In the last few days, migrant workers from different parts of the country have been returning to their respective districts by train. Thousands of other district workers are also returning to their respective districts by rail to Balangir in western Odisha. The return of migrants has also increased the risk of possible infections. In such a situation, workers from across the state are coming to Balangir station by bus from here to different districts, which is like a burden for the diversity of Balangir. As a result, various districts within the city have been repeatedly declared by the district administration. Due to the lack of infrastructure and lack of coordination, people have been complaining about getting off the bus on various roads. Even so, owning one is still beyond the reach of the average person. The number of crowns has also risen since the arrival of workers by rail. With the arrival of the workers’ train, the administration has to declare a sudden. As a result, small traders who come from nearby villages to feed themselves, shopkeepers doing a variety of business in the market are in dire financial straits. The decision was immediately overturned as it was only used to bring in workers, and demanded the use of other unoccupied railway stations in the vicinity. In a statement issued to Deputy District Magistrate Sanjay Mishra in the absence of the district magistrate, the delegation told the sub-district magistrate that the dissatisfaction in the minds of the people in the city would not further grind the workers’ railways. Apart from the city president, Umashkar Panda, Ajay Bali, Ajay Bali, Asim Patnaik, Congress co-ordinator of the Congress, Sudham Sahu, district vice-president Manish Mishra, district Sebadal Chief Asit Mishra Youth Congress President Prem Mishra, City Coordinator Zulu Patnaik, District Congress Student President Ajit Sahu, Spokesperson Sananda Mishra, Ashutosh Mohanty, Amulya Seth, Akhand Seth, Sanjib Guru Amiya Mishra, Umakant Sahu, Kailash Mishra, Tikil Putel, Sunil Behera, Aku Sahu is in the lead.