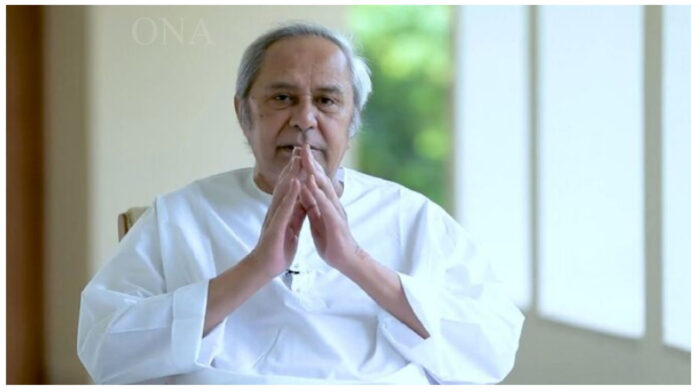 Bhubaneswar: NITI Aayog meeting held in Delhi. prime minister Narendra Modi presided in this meeting. Odisha chief minister Naveen pattanayak attending through video conferencing. Chief Minister said  “My speech has been circulated which deals with the
agenda points and requirements for our State and the people. It speaks of the just demands of our State relating to Railways, Telecom, Banking, reduction in a central fund, special focus States in view of frequent disasters, the inclusion of some of our important languages in the 8th schedule, etc. However, I would utilize this time to reflect on some of the issues/concerns that affect us as a country today and the NITI Aayog in dealing with them.

Elections are an essential feature of democracy.
However, the Hallmark of a mature democracy is that
once elected, Governments are meant to work for people,
beyond the party line. It’s high time that we as a country have
serious introspection on whether we are able to do the
same. Every crime is being politicized, every action of an
elected Government is being seen from a political angle.
This kind of atmosphere is one of the biggest threats
to the pace of development and peace in the country. Its
high time the country gets out of this election mode and
allows elected Governments to function.
National parties had promised women’s reservations
both in Lok Sabha and State Assemblies. History will not
forgive us if we renege on this commitment. This calls for
serious deliberation and taking it forward.

If the country has to really move forward, regions that are neglected and populations that are vulnerable have to be taken along. Committed and targeted action
is needed for that. NITI Aayog has a major role to play in
this. Specific sections that need focus like malnutrition,
connectivity, sex ratio imbalances, etc.
Lakhs of our young people appear for national level
exams every year – the UPSC exam, NEET, JEE, etc. A
critical look is needed to re-evaluate the examination
pattern for these prestigious and highly sought-after
exams. Should not we have exams that focus on equality
and attracting merit as opposed to exam patterns that
are heavily dependent on highly paid coaching classes?
This will truly eliminate merit in the long run and deny
justice to lakhs of our children who live in rural areas and
don’t have physical or economic access to coaching

classes. NITI Aayog should look into this very serious
issue or else in a few years’ there will be serious
distortions.
NITI Aayog should develop into a repository of
innovations drawn from the country and across the world
and help replicate it. Futuristic technologies, a new world
economy, solutions for climate change, inclusive
governance models are some areas that can be focused
on. Many critical issues are being raised in the NITI Aayog
deliberations and excellent suggestions are also being
made. It would be appropriate for NITI Aayog to share
the action taken report with everyone concerned. This will
make our deliberations more meaningful and action-oriented.
A number of proposals of different States relating to
the inclusion of tribal communities in the ST list has been

pending from 1978 onwards. Many of them are subsets
on phonetic variations of the names of existing ST
communities. It is unjust to keep these pending for years
without a decision.
Covid-19 was a challenge for the world and India
showed with its unified response what is possible.
European countries and the United States could not put
up a unified front. The same unified response and
inclusive approach should be adopted for all major
challenges facing the country in the true spirit of
cooperative federalism.
History will remember us on what our response has
been on critical issues affecting our people and the
country, rising above political considerations.