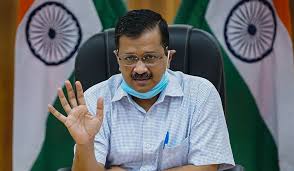 Delhi CM Arvind Kejriwal on Thursday said his Aam Aadmi Party will restrict in Parliament three “anti-farmer” charges that look to supplant laws acquainted not long ago with let loose the nation’s obsolete agribusiness area. The mandates have set off rancher fights, particularly in Punjab and Haryana. The dissenters state the Farmers’ Produce Trade and Commerce Ordinance specifically undermines the governmentally fixed least help costs they get for their produce.

The Congress, and the Left have restricted the proposed laws including the Farmers (Empowerment and Protection) Agreement of Price Assurance Bill and Farm Services Bill. They have supported ranchers’ gatherings that restrict the bills and have called for composed fights in Parliament. The Opposition parties intend to slow down the bills in Parliament and have tried to send them to parliamentary select councils for an audit. “The three agribusiness bills are hostile to rancher in nature. Ranchers the nation over are challenging them. The focal government should move back the law. The Aam Aadmi Party will contradict the three Bills in the parliament,” tweeted Kejriwal, who is additionally AAP’s public convenor.