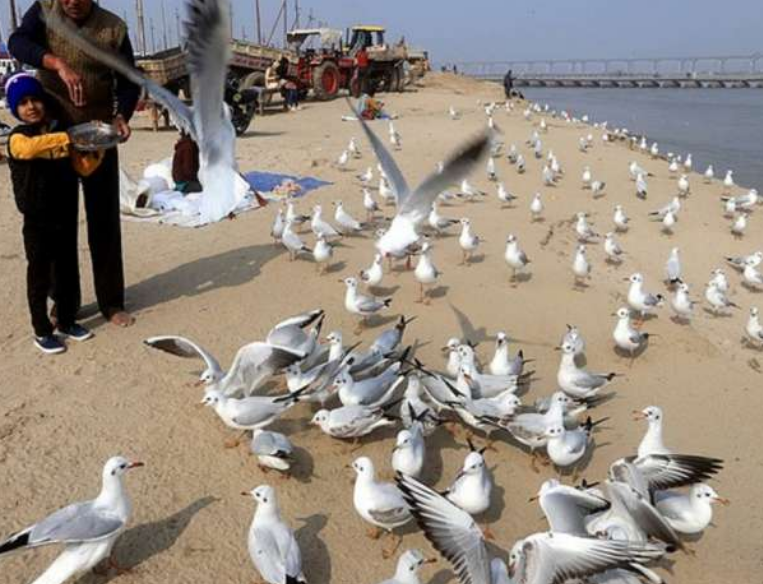 Bhubaneswar : For active surveillance and monitoring of birds, for any sign of suspected Avian
Influenza; District Collectors, Chief District Veterinary Officers and Divisional Forest
Officers have been requested to take all possible steps and appropriate measures for
controlling it, on priority. Migratory birds are the carriers of Avian Influenza and it
spreads through faecal droppings, shared feed and drinking water of the birds. In
Odisha, water bodies like Chilika lake, Anshupalake, Bhitarkanika Wild Life Sanctuary
and Hirakud Dam are the places where there is concentration of migratory birds.
Keeping this in view, the State Government is vigilant and is continuously observing any
unnatural deaths and behavior of birds at these places. Action Plan on Preparedness,
Control and Containment of Avian Influenza along with Standard Operating Procedures
(SOP) has been circulated to all Districts and the Chief District Veterinary Officers have
been instructed to follow it scrupulously. Regular Surveillance Measures are being taken
up through collection of tracheal swabs, cloacal swabs, environmental samples and
serum samples of the birds by field veterinarians. Animal Disease Research Institute
(ADRI) at State level, Clinical Investigation Laboratory (CIL) and State Veterinary
Laboratory (SVL) at regional level and District Diagnostic Laboratory (DDL) at district
level has been geared up with full strength for collection and testing of the samples.
The samples are also sent to the Regional Disease Diagnostic Laboratory (RDDL) at
Kolkota. Until now around 11,000 samples have been collected and tested during the
current bird migratory season. So far all samples have been tested negative for Avian
Influenza. Today, around 300 samples have been collected from the field for testing.
A State level Control Room headed by the Joint Director, Disease Control (telephone no
0671 2414310) is functioning at Directorate of Animal Husbandry & Veterinary
Services, Cuttack for redressal of any queries in this regard. In addition, Dr Bibhu
Ranjan Das (Contact 79782 06404), Dr Sagarika Behera (contact 79781 05538) and Dr
Madan Mohan Mahapatra (contact 9437313183 ) of Directorate of Animal Husbandry &
Veterinary Services, Cuttack can be reached for any information regarding Avian
Influenza by the public. General public including farmers, poultry entrepreneurs and
poultry traders are requested to report any unusual mortality of birds occurring in flocks
to the nearest Veterinary Officer or Chief District Veterinary Officer of the District.
Nine Special Supervisory Teams have been constituted at State level to immediately
proceed to any suspected location of Avian Influenza in the State. Further all CDVOs
have been directed to constitute 10 to 15 Rapid Response Teams (RRT) at the District
Level for prompt response to any reports of suspected case of Avian Influenza. People
can consume chicken meat, eggs and other poultry products produced in the State with
proper cooking.
In Govindpur village of Badaberana Gram Panchayat in Begunia block of Khordha
District, around 120 poultry birds have been reported dead. After getting the
information, a State Level Special Supervisory Team along with the District Level Rapid
Response Teams rushed to the spot and took stock of the situation. Five of the dead
birds have been taken to ADRI for laboratory investigation. All five samples have been
tested negative for Avian Influenza virus based on the Avian Influenza virus antigen
test. Rest of the dead birds was buried in deep burial method with proper disinfection
measures. The Special Supervisory Team and Rapid Response Teams have sanitized the
farm premises with proper application of disinfectants. There is no other case of death
of birds in the surrounding area of the farm. However, more samples have been taken
from adjoining areas for testing.
Government is in total readiness to control any situation arising out of this. General
Public are requested not to be panic and can consume chicken meat, eggs and other
poultry products with proper cooking. They are requested to report any unnatural death
of birds to the nearest Veterinary Doctor / Chief District Veterinary Officer or to the
State Control Room .

Orientation for 786 Newly Appointed Doctors Doctors’ Community at Fore Front in the Fight Against Covid We are Investing Over Rs 8500 Crore on Health Infrastructure-CM   Bhubaneswar: Health care...
Read more