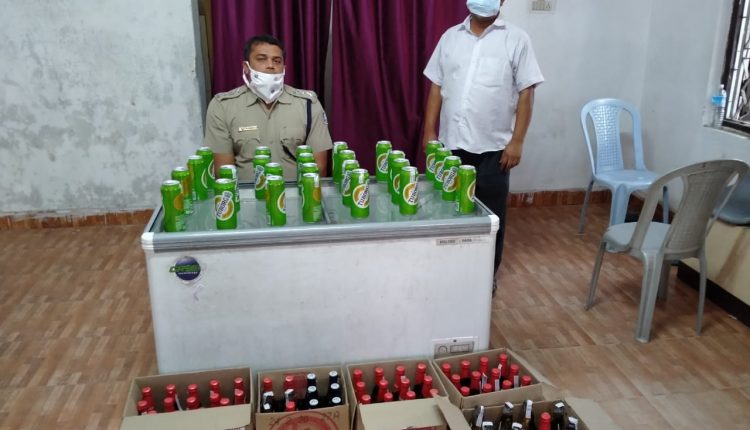 Balangir; – Balangir police today seized 80 bottles of alcohol from Indraprastha Hotel and Bar near the local railway station. A can of beer and a fridger were confiscated from the beer bottles of various companies. Police have arrested Maheshwar Rath, a hotel worker and a resident of Cuttack. Sangram Patnaik, the incharge of police station of Balangir, said the hotel owner was involved in the deal.
According to reports, the hotel had about get a government offices. After the announcement of lockdown, it was merged with all other liquor stores and bars. It was sealed off by police. Police in riot gear stormed, removing hundreds of protesters. They were doing the business by closing the door from the front. All business was happening by backdoor and with double price. Today 2 police officers in civilian dress went therr and ask for two bottles of wine. When Maheswar Rath, handed them 2 bottles, they got the proof of the incident. Police after getting the proof, raid that place and seized 80 bottles and a fridger. Also they arrested the one person according to the police reports.