Home Politics Being born oppressed in the state is a curse: BJP
Politics

Being born oppressed in the state is a curse: BJP 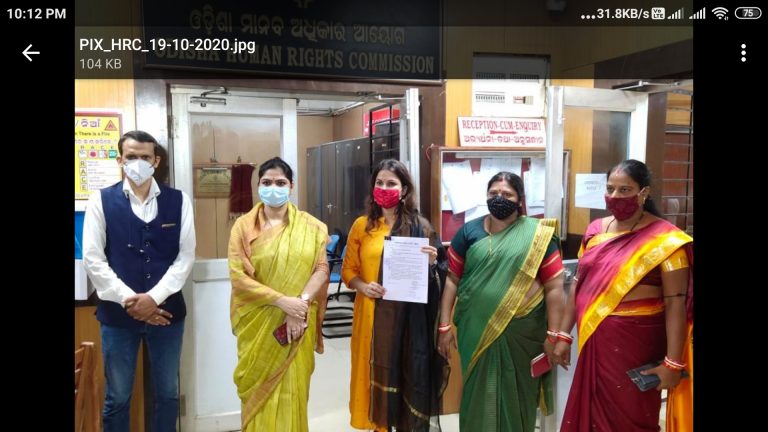 Bhubaneswar: Women in the state are vulnerable. The state government and the police are against women violence, mistreatment, misconduct, domestic violence and murder of women every day due to the indifference of the administration.

Ganjam District Digapahandi Block Nuagaon Police Station is a Dalit from Deokhali village. To the student Promodini Nayak some miscreants were killed on May 10 in the shoe river valley. To this incident.

It’s been a month Police have not yet arrested the suspects. The victim’s family is poor and oppressed frequently since following the allegations, K. Nuaga police are not investigating the incident or taking action against the culprits. Victim complained on behalf of the family. Demands justice for the victims’ families and an impartial investigation into the killings. BJP state secretary Prakash, a delegation led by Pradhan met with the state Human Rights Commission to discuss the incident.

So much for copying provided. Promodini Nayak, an oppressed student of Deokhali village in Digapahandi Book Deokali, was the first to be killed on May 10 mischief and he was later killed.

Past months, police and administration to give this event tried to hide. Family expenses of the victim. It’s very important to try. “It’s unfortunate that the chief minister has the same law for all,” she said speaking of which, where is the Hodra policy adopted? If the deceased is Promodini. If the oppressed were not high-class or wealthy, the police administration would be active would have done. Oppressed in the state being born has become a curse. Women in the ruling party have been implicated in other atrocities in other states.

The Center is a political party is backing the statement. But in his own state, he has been silent on the issue and is promoting injustice. The ruling party continues “It’s a kind of mentality for leaders,” she said. The delegation demanded that the Human Rights Commission order an independent investigation into the incident. In addition to those convicted of misdemeanors and murder and negligence and vandalism of the local police. The delegation called for action. The delegation included state spokesperson Sonali Sahu and youth activist Anant Narayan Mohanty.

Facebook
Twitter
Pinterest
WhatsApp
Previous articleOn the 22nd from 6pm to 6.15pm PCC president urges state residents not to use electricity
Next articleBonus for central govt employees by cabinet