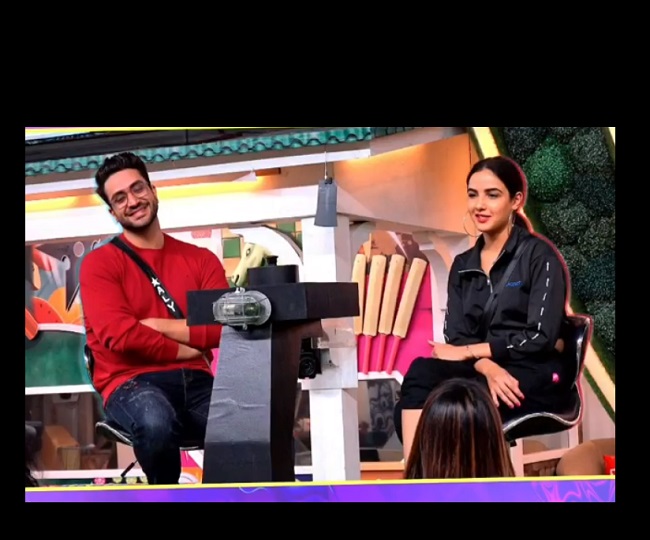 New Delhi | Jagran Entertainment Desk: In a teaser of the upcoming Wednesday’s episode of Bigg Boss 13, Bigg Boss can be seen taking everyone by surprise by announcing mid-week eviction. In a clip uploaded by Colors TV on Instagram, Bigg Boss says that the journey of Aly Goni and Jasmin Bhasin has come to an end as they have lost the given task. In the last episode, the two best friends were asked to decide that who will leave the show before the finale as only one of them could continue.
In the last Weekend Ka Vaar episode, show host Salman Khan announced the first finale and declared the beginning of the mass elimination week. The last time when multiple eliminations took place was during seniors’ exit from the show when Shehzad Deol, Pavitra Punia and Eijaz Khan were evicted from the show. But the latter two had made their re-entry as wild card contestants.
In the promo shared by the makers, Jasmin Bhasin and Aly Goni were seen convincing each other to stay in the show. Aly says, “Mein yaha tere liye aaya tha Jasmin, or agar tu hi game mein nhi hogi to mere yaha hone ka kya purpose hai.” (I came here for you Jasmin, if you will not be part of the show then there will no purpose for me to stay in the game show.)
Jasmin Bhasin is also seen trying hard to convince her best friend. She is seen bounding him with swears and other promises but Aly is not ready to listen to her. Aly says, “Agar tu yaha se jaati hai to mein na khana khaunga and na paani pinyunga or agar tu chahti hai men yaha ese ho rahu to theek hai”. (If you m to stay here, let me tell you that I will not eat and drink without you.)

Well, according to the experts (Kamya Punjabi, Devoleena Bhattacharjee, Sandiip Sikcand and Ronit Biswas) visited last Sunday, it can be speculated that Jasmin Bhasin will leave the house as Aly outshined her in the show.