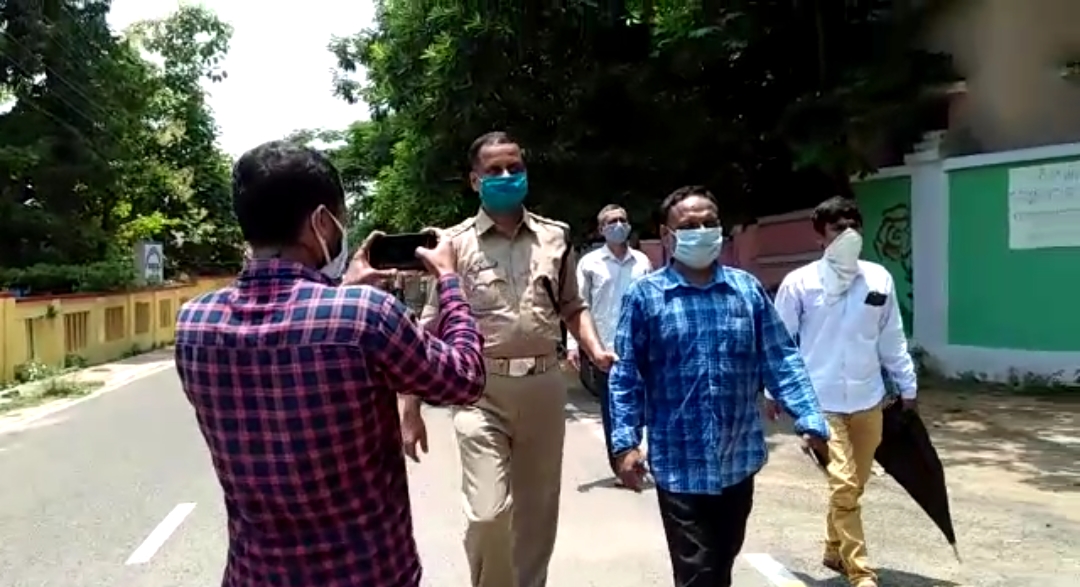 BHRAMPUR: Today, BJP leader Ram Patra’s government shut down the OPD of Berhampur Big Medical, killing many patients and causing many deaths. Earlier, the BJP had appealed to the Chief Minister through the Deputy District Magistrate to open the Berhampur OPD from Pati Charif, but to no avail, the BJP leader Ram Patra and some supporters were present at the idea in front of the rdc’s office today.