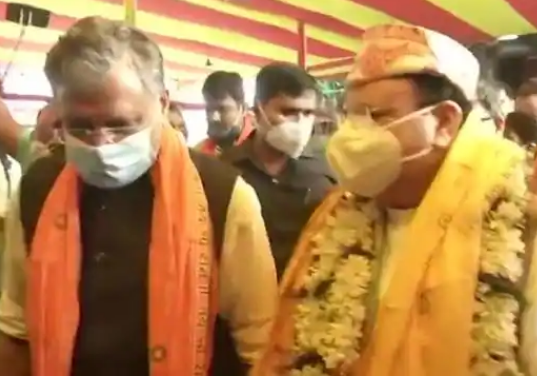 Bihar: BJP national president Jagat Prakash Nadda arrived at Patna airport on his morning visit to Bihar at around 10 am on Sunday morning after the first round of nominations in the Bihar assembly elections was over. JP Nata prayed at the Hanuman Temple here, and then he set out for Gaya, decorating the statue of Jaya Prakash Narayan. He will also hold a public meeting at Gaya Gandhi Maidan. The arrival of the BJP president in Bihar is seen as a blow to the BJP’s election campaign. He was also joined by Bihar Deputy Chief Minister Sushil Modi.

Next week, other BJP leaders, including Prime Minister Narendra Modi, Home Minister Amit Shah and Defense Minister Rajnath Singh Madhu, are scheduled to hold public meetings in Bihar. The Election Commission has issued guidelines on the campaign amid the coronavirus epidemic. Large-scale publicity and rallies are not allowed in the past, but with some rules, rallies, public meetings and road shows can be held.