BJP will file an online petition against Bagala Dharamsala 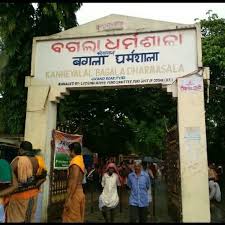 We get to know people’s feelings through Facebook, Twitter and WhatsApp. Jagannath lovers all over the world can express their feelings. The ITDC chairman responded to the letter written by the tourism secretary. “We want the answer from the Puri administration,” he said. Bagala Dharamsala is an integral part of Jagannath culture. The government is illegally smashing and plotting it. The state BJP has announced the launch of the app today.