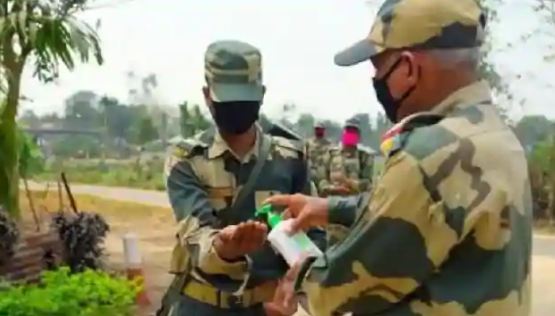 New Delhi: The test reports of 45 more soldier from the Border Security Force (BSF) have come out positive. According to the Central Armed Police Force, the number of infections in Covid 19 has risen to about 400. A total of 383 young people have been infected with the central paramilitary force, including 152 BSF members. Of the infected, 14 were from the CRPF, 45 from the ITBP, 15 from the CISF and 13 from the SSB. Concerns have been raised as the CAPF has been on the rise over the past week. That is why they have been instructed to maintain personal transparency and social distance from work. In Tripura, two BSF youths were identified as corona positive. Twelve more positives later emerged from the battalion. Thus the number of corona victims is now. It’s growing. Across India, corona carvings are now on the rise. In the last 24 hours, 2,958 new cases of coronavirus have been reported, with 126 cases of headaches. But reports from People say that’s just what’s happening. There are a total of 49391 infected cases in the country. A total of 1694 people have been killed in the country. With 33514 of the remaining, 14,182 have recovered and returned home.