Bus will not run by the union 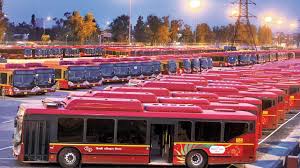 Bhubaneswar: The central government has adopted a relaxation policy in some cases after the third phase of lockdown was extended from May 3 to 17. This includes restrictions on bus traffic relaxation has been made. The buses can run on Green and orange zone but will take 50 percent less than the target seats. But there are cuts in the Red Zone. With this in mind, the new rules of the Central Government are going to come into effect from tomorrow as for the Odisha bus. The owners’ union has said it will not run the bus. “It simply came to our notice then. It will not be possible to operate the bus as there is a red zone between the two green zones. There is no such thing as a guideline. Even the state government has not issued any directive on it. “There are 68 unions in different districts of the state,” he said. Representatives of all unions agreed that the bus could not be operated. People are scared. They will not come. The Rules must be clear for red, orange, green zone and the central government are not covered. We have such a green zone where there are two red zones as we move from one green zone to another. Even the state government does not want to see how it works. State Transport Minister Prabha Behera said the decision was taken at a meeting of the lower house to weigh in on the directives issued by the central government.

FIRE SERVICE DAY,2021   Bhubaneswar: Today Fire Service Martyr’s Day is being observed throughout the Country. It was on this day in the year-1944, a major...
Read more