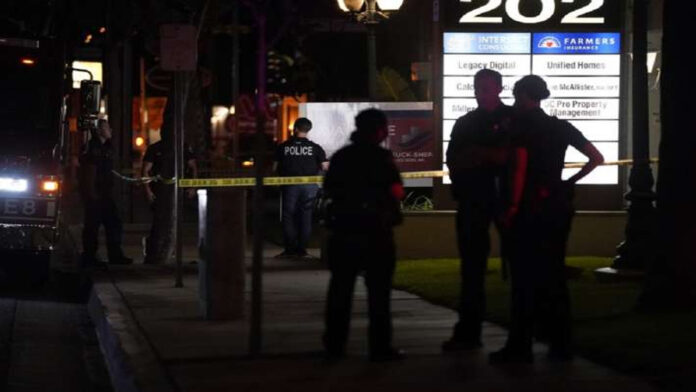 Shots were being discharged as officials showed up at a two-story place of business on Lincoln Avenue in Orange, south of Los Angeles, at about 5:30 p.m., Lt. Jennifer Amat said.

“An official included shooting happened” and the suspect was taken to a medical clinic, Amat said, however, she didn’t promptly know his condition.

The shooting was on the second floor of the structure, Amat said. She had no insights concerning the showdown, what may have started the assault or why a youngster may have been at the structure.

The structure at 202 W. Lincoln Ave. had all the earmarks of being a beige, two-story place of business with an open, second-story overhang. Signs outside showed a modest bunch of organizations were situated there, including a protection specialist and guiding assistance. By 7 p.m., the circumstance had been settled and there wasn’t any danger to people in general, police said.