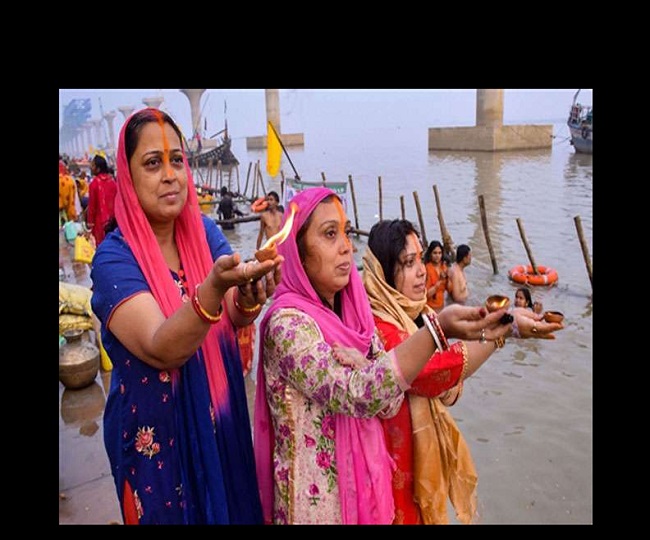 New Delhi | Jagran Lifestyle Desk: The auspicious festival of Chhath, which is also known as ‘Surya Shashthi’ or ‘Dala Chhath’, is being celebrated across India from November 18 to November 21. The festival is associated with the Sun God and Shashthi Devi or Chhathi Maiya and is celebrated with a lot of zest by the people of Bihar, Jharkhand and Uttar Pradesh. The festival begins with Nahay Khay. Today, the final day (argya) is being celebrated in the states of Uttar Pradesh, Jharkhand, Chhattisgarh and Bihar.
Puja Vidhi:

– On the day of Nahay-Khay all devotees should consume only vegetarian food.

– In the evening on the day of Nahay-Khay, make jaggery kheer and poori and offer it to the Chhat Maiya. Firstly, the person who is observing the fast will taste the kheer and then it will be distributed among the family and Brahmins.
Complete preparation for Chhath Puja is done before Nahai-Khay. It starts with the cleanliness of the house. According to tradition, an earthen stove is made at one place in the house. Prasad and whole food are made during Chhath Puja. However, ready-to-use chulas of clay are also available in the market nowadays.

According to mythology, King Priyamvad had no child. Then Maharishi Kashyapa, after performing the yajna for getting a son, gave a kheer made for the sacrifice of yagya to Priyamvad’s wife Malini. This led to Malini’s son. But the child born was dead. Priyamvad went to the crematorium with a son and the son started dying in isolation. At the same time, Devasena, the psyche daughter of God appeared and said, ‘I am called Shashthi due to the birth of the sixth part of the original tendency of the universe. Rajan, you worship me and inspire others for this.’ The king fasted the goddess Shashthi with a son’s will and he received the son Ratna. This puja was performed on Kartik Shukla Shashthi.