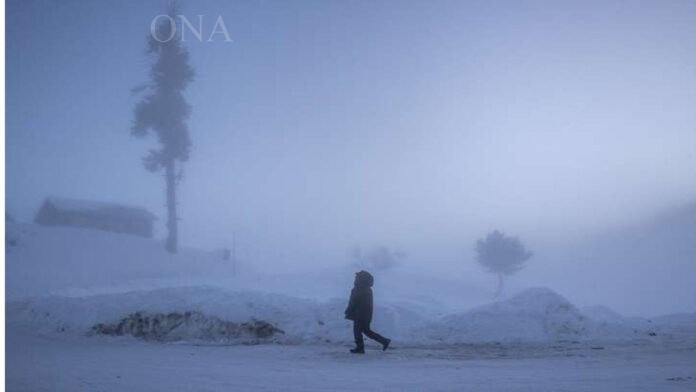 New Delhi: Cold wave clears Kashmir, the least temperatures across Kashmir remained a few degrees beneath the edge of freezing over as an exceptional virus wave clears the district, a meteorological division official said on Tuesday. A few water bodies, including the outside of the well known Dal Lake here, have frozen, while a thick layer of ice has shaped on a few streets in Srinagar and different pieces of the Kashmir Valley, influencing vehicular development.

Qazigund, the passage town to the Kashmir Valley, recorded at least 8.6 degrees Celsius and was the coldest spot in Jammu and Kashmir, as per the authority.

The base temperature in the city the previous evening was almost five degrees underneath the typical for this season, the authority said.

Pahalgam, a traveler resort in south Kashmir that additionally fills in as a headquarters for the Amarnath Yatra, recorded a low of short 8.4 degrees Celsius, down from the earlier night’s less 6.8 degrees Celsius, the authority said.

Kashmir is as of now under the grasp of ‘Chillai-Kalan’, a 40-day unforgiving winter period when a cold wave clears the area and temperatures drop extensively, prompting freezing of water bodies and water in pipelines. The odds of snowfall is most elevated during this period, particularly in higher ranges of the territory.