Coming by-elections to be free, fair and impartial: BJP 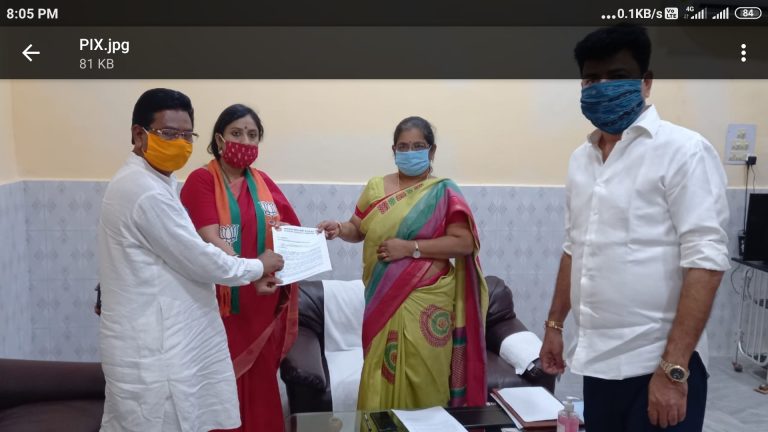 Bhubaneswar: The ruling BJP has repeatedly violated the election code to influence voters in the Balasore by-elections. It is alleged that the ambassador provided the information to Hussein during a telephone conversation with Hussein. Various improvements are being made to the polls to influence voters. A BJP delegation led by Central Election Observer Mrs. B. Amritabhalli to make the upcoming elections free and fair. Various improvements are being made to entice voters in the Balasore by-elections. In the Sadar block of Sindhia village panchayat, various trucks have been allowed to work on the Moram As road. BJP leaders and legislators are trying to sway the vote by making various enticing promises, which have gone viral on various social media.

On the night of October 19, as promised by the Minister in a car, the electrician came in a car. The move was aimed at influencing voters. The BJP has demanded that the minister take action against the minister in violation of the election code of conduct, but no action has been taken against him. There has been widespread fraud in the postal ballot vote aimed at winning the BJP. Booth Label Officer Purnima Samantha acted illegally during the postal ballot collection. The BJP delegation, on the other hand, has already accused the Basta police station of acting in favor of the ruling party. In this regard, the delegation met the Central Election Observer and demanded that the upcoming Balasore by-elections be held free, fair and impartial and that Booth Label Officer Purnima Samantha be removed from the election process. The delegation included MP Bisheshwar Tudu, MLA Lalithendu Vidyadhar Mahapatra and state general secretary Dr. Lekhshree Samant Singh.