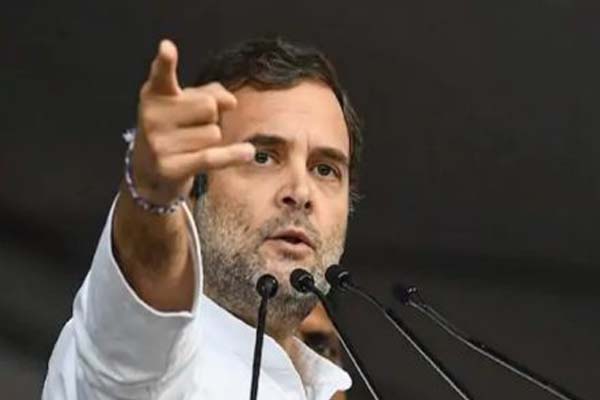 Today, senior Congress leader Rahul Gandhi slammed the central government for failing to deliver on the media and social media.

Let’s talk about economics. The BJP government has attacked the unorganized sector. To you efforts are underway to turn it into slavery. In 2007, the world was hit by an economic crisis and it affected the whole world, especially the United States, Japan, and China. The United States Corporations and companies were closed, and one bank after another was closed. Banks were also closed in Europe. But in India, it was ineffective There was the UPA government. I went to the Prime Minister and asked him why Manmohan Singh ji was united. The world is going through an economic crisis but it has not had an impact in India. According to Manmohan Singh, if you want to understand India’s economy, Rahul, you have to know that India,” he said

There is a lot of money in the unorganized sector that the government cannot remember and they want to break up the sector and loot it from them. The effects of the attack will soon be felt in unorganized areas. The result will be that India is in the process of generating employment. Will not be disabled. Because these areas create ninety percent of our employment. Once it is destroyed, India will not be able to create jobs. You are the one who runs this country and there is a conspiracy against you. You are being deceived and efforts are being made to enslave you. “We have to understand the attack better and we have to work together to fight it.”