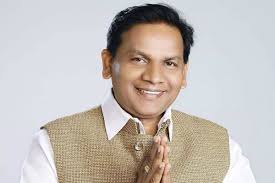 Bhubaneswar: Opposition leader Shri Pradeep Naik’s letter to the Chief Minister Bhubaneswar regarding neighboring districts Jharsuguda, Devgarh, Bargarh, Balangir, Sonpur and Kalahandi districts, including Sambalpur, have been reopened at the Burla Vir Surendra Sai Medical College. Party leader Shri Pradeep Naik to the Chief Minister has requested, “there are currently four trials in the state to diagnose corona disease, as the Burla center is working, all the tests in west Odisha should be done here ” he wrote. The districts are divided into seven test centers. The government has issued instructions to Veer Surendra of Burla, a major hospital in western Odisha for healthcare has been set up at the Medical College and Hospital in Sambalpur district.