Dead bodies send back to hospital by Delhi Crematorium 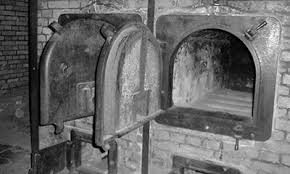 Inside the Covid-19 morgue of the Lok Nayak Hospital, 108 bodies were there. Every one of the 80 stockpiling racks are full and there are 28 bodies on the floor, heaped on one another, authorities at the funeral home said. On Tuesday, eight bodies were come back from the Nigambodh Ghat CNG crematorium in light of the fact that the office was in no situation to acknowledge more bodies for removal. Just two of its six heaters were working.

According to an official of the crematory, they are yet to incinerate the groups of the individuals who passed on five days prior, the authority said on state of obscurity. The build-up of such cases is expanding each day. Wearing PPE suits, we remain in the sun in this warmth outside the crematorium just to be told at night that they can’t acknowledge the bodies. Today there are 28 bodies on the floor lying close to one another or heaped on one another.

As the heaters are not working in the crematory, it is difficult to manage and its a pile of dead bodied. So they send them back to the hospital.