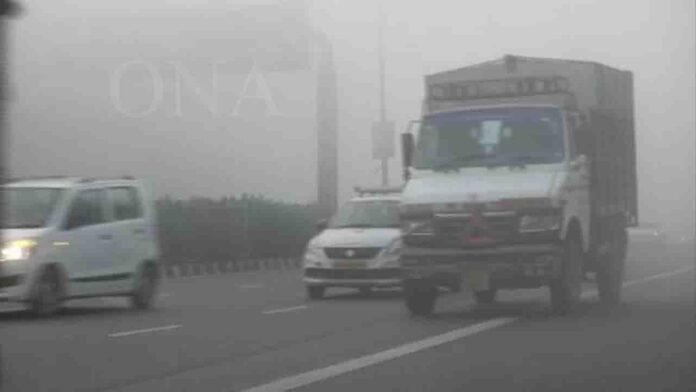 New Delhi: Delhi’s air quality improves to ‘poor’ class, The air nature of the public capital has improved to ‘poor people’ class with the Air Quality Index (AQI) dropping to 211 on the morning on Saturday, said Center-run System of Air Quality and Weather Forecasting And Research (SAFAR). The centralizations of PM 2.5 and PM 10 remained at 201 in the ‘moderate’ class and 94 in the ‘poor people’ classification separately.

SAFAR in its announcement said that an increment in temperature and limit layer stature has helped in pushing the public capital’s general air quality from the ‘extremely poor’ to ‘poor’ classification.

“The general Delhi air quality is in the helpless classification as determined. Surface breezes are high and west south-westerly. A further speed up, temperature, and limit layer tallness are estimated for 27th Feb, this is probably going to impact AQI emphatically. AQI is anticipated to fall well inside the Poor class on 27th and 28th Feb. Despite the fact that ventilation is positive for better AQI an increment in mineral residue commitment is expecting in the coming days as the breezes are from dry desert districts,” it expressed.

Delhi recorded a base temperature of 17.8 degrees Celsius on Saturday morning, five degrees over the season’s normal, the MeT Department said.

The most extreme temperature is required to stay around 33 degrees Celsius. Solid surface breeze is likewise anticipated, said a MeT official.