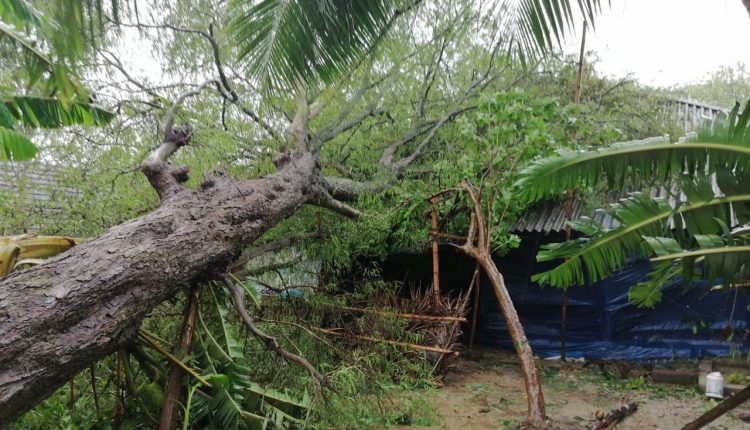 Bhubaneswar: According to estimates, the storm hit Sundarbans. The updated news was given by IMD DG Mrutyunjay Mahapatra. Sundarban at West Bengal, the updates have come that Amphan is severe and doing lot of damages. As anticipated, Amphan landfall at Sudarban and goes like the way it was explain. The maximum wind speed was recorded at 106 km in Paradip, 91 km in Balasore and 74 km in Chandbali. “It simply came to our notice then. “In some places, heavy to very heavy rainfall is expected,” he said. The storm is expected to cross the Sundarbans and reach Kolkata by evening. The maximum wind speed is expected to reach 135 kmph as soon as it touches Kolkata. The cloud is touching the ground. Now the wind is going to touch the cane. There will be winds in two stages. The wind is blowing from the east to the west, changing after half an hour. For half an hour the wind will blow from west to east. In that case, the rain and the wind will stop completely. After half an hour, strong winds will blow from west to east. The cyclone where ever it will open the eye, it will do lot of damages. The wind speed will come down after evening at Balasore and Bhadrak. In the otherhand, the wind speen has come down at Jagatsnghpur and Kendrapada. From tomorrow, there will be no rain in Odisha and the weather will be dry.