Home Politics Develop a strategy to move forward based on organization, service, struggle and...
Politics

Develop a strategy to move forward based on organization, service, struggle and solidarity: Dharmendra Pradhan 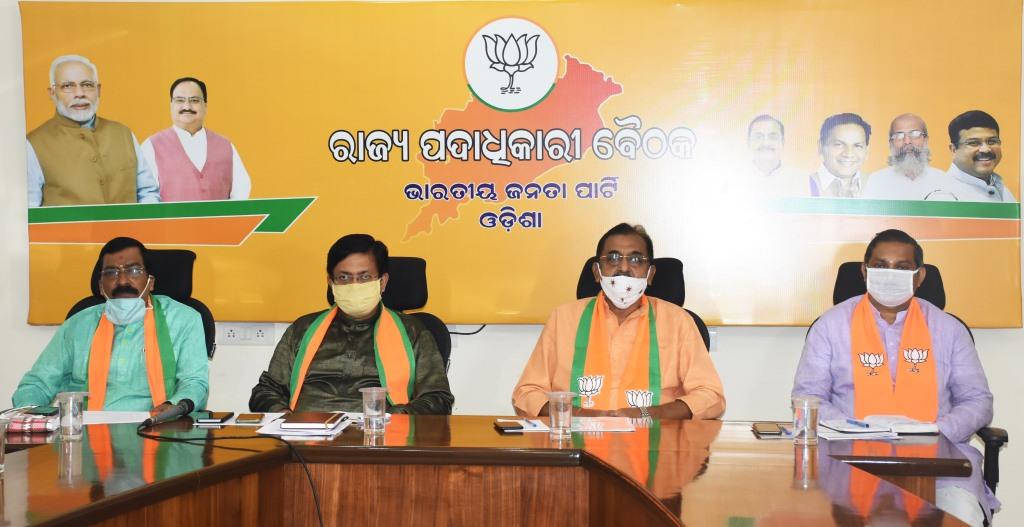 Bhubaneswar: The first-ever meeting of the newly-appointed state BJP officials was held today, with a draft political expenditure prepared for the next six months. Union Minister Dharmendra Pradhan, who is led by state BJP president Sameer Mohanty, said the party needed to formulate a strategy to move forward based on party organization, service, struggle and resources. The party wants to win the election. The party’s organization is not only about seizing power, but also about serving the people with love and service. The Prime Minister said. For the past three-and-a-half months in the country, the Government of India has been able to successfully manage various programs for the citizens of the country thanks to the visionary leadership of Prime Minister Narendra Modi and the strong work of Amit Shah. During the Karona epidemic, the party has provided a variety of social programs, such as distributing liquor to the poor and distributing wine, as well as organizing blood donation camps. In addition, the Prime Minister’s Baku has been made available to the people through the virtual Program.

BJP state general secretary Golak Mohapatra chaired the meeting. In a new way. Mr. Mohapatra welcomed the state officials to take over. State General Secretary (Organization) Manas Kumar Mohanty discussed the upcoming program in detail. During the meeting, Dr. Lekhshree Samantasinghe, General Secretary of the State, offered his condolences to Vir Javan, the late leader and individuals in the Galan Valley and offered a minute of silent prayer. At the end of the meeting, Mr. Ravi Naik, General Secretary of the State, thanked everyone present. The meeting was attended by Bill Santosh, National Organization Secretary, who spoke on condition of anonymity because he was not authorized to speak to the media. Arun, the state general secretary and BJP state in-charge, led the party in leading the party. During the event, a video presentation was presented on various social welfare programs organized by the state BJP during the corona, such as the distribution of cooked and dry food to the poor, the distribution of masks, and blood donation camps. Today’s meeting was attended by the organizers of the verdict, Editor Soudan Singh, National Vice President Shri Vaijayanth Panda, National Secretary Suresh Sujari, Former Minister Joel Oram, Former State President Basant Panda, KP Signdeo, Peadeep nayak were present.