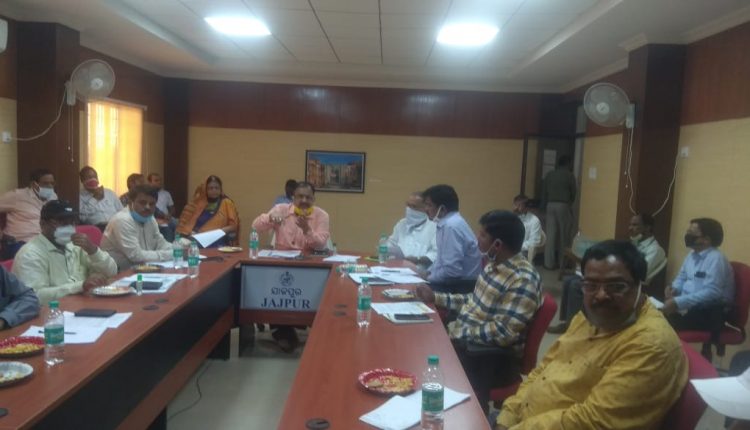 Jajpur: A meeting of the Disaster Management Committee has been held in the conference room of the Jajpur District Commissioner’s Office. Jajpur District Magistrate Ranjan Kumar Das joined as the chief guest and advised them to be prepared to deal with possible natural disasters. The district attorney’s office said in a video conference last month that the dam had been repaired, including road repairs, before the monsoon. Each departmental official was advised to be vigilant. Authorities opposed the protest with all available police forces, special services and the army. Similarly, on the rainy days, the tributaries of the rivers and streams that fall into the various rivers have been narrowed down. Helpline members and volunteers are allowed to keep a list of medicines and volunteers for the day. Jajpur district Parishad Chairman Naresh Chandra Mohanty and Deputy District Commissioner Narayan Chandra Dhal were present at the meeting.