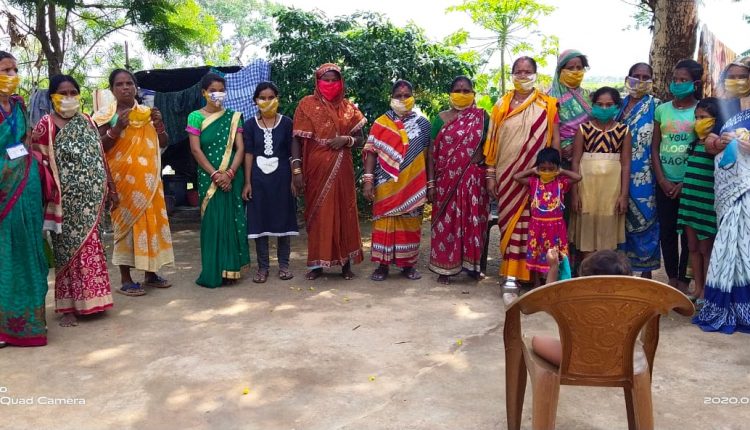 Jajpur: The world is in a state of turmoil in the corona epidemic or it is mandatory for every citizen to wear masks and sanitizers as per the directives of the Central and State Governments. The Congress and the Progressive Women’s Voluntary Organization have sanitizers distribution with ready prepared sanitizers with mask in their own expense to this poor masses fighting covid-19 by keeping social distance, Kalinga Nagar. More than 500 masks and more than 200 sanitizers from the local leprosy colony and Jagannath slum have been approved by the Jajpur Road police station with the recommendation of the additional district magistrate. Swayamsevak, vice-president of the Odisha Pradesh Women’s Congress and an adviser to the Pragati Women’s Voluntary Organization, said the distribution of masks and sanitation in other slums would continue as the lock down remained in force until the 17th. Former Congress president Pramila Sahu and the general secretary of the district Congress and social workers are information provided by former Council Padmanabha Swain gave the information. The mask is from the Copanda Lepersy Colony and Chun Bhati during the distribution of sanitizers. “Women, children, men and the elderly are happy to be here, and they have vowed not to allow the corona epidemic to enter our area.”