Distribution of Ration from MLA fund by Narasingh 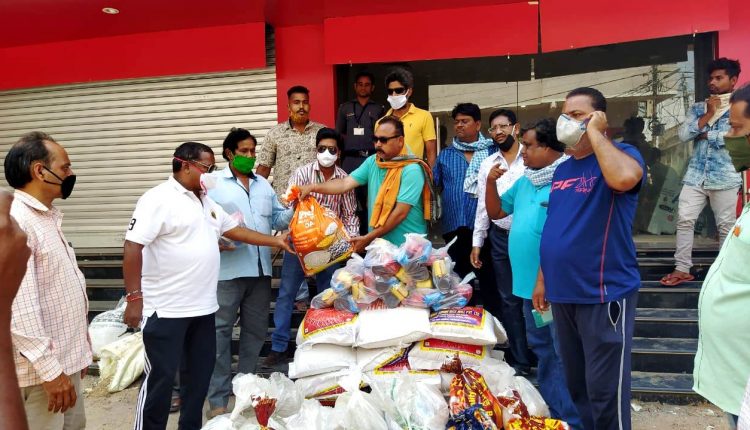 Balangir: Because of corona pandemic, different class people of the society have lost their jobs. In a backword district like Balagir, the economy is not that good and because of lockdown it has been worst. To help the poor public in this situation, by the requests of many parties it has been decided to help them from the MLA fund. Distribution of dry ration has been done to different class of people. According to that, by the help of truck drivers, taxi drivers, rickasaw drivers, priests got dry ration of  towns and villages. Some of these people were left out without receiving the dry ration for which they have requested to MLA Narasingh Mishra for help. In this order they were also provided dry ration from the MLA fund. In addition to that government girls high school tempo stand, Jay Bharat Chowk TATA ac stand, Mausi maa temple tempo stand, Sudapada tempo stand, Tata Ac stand were left out. All those drivers are provided with dry ration. In the dry ration includes 20kg rice, 10 kg atta, cooking oil, turmeric, masala, salt, onion, dal, soyaben and biscuits. The distribution of relief has been done under the supervision of district administration. State secretary Ajaya Bali, district vice president Manish Mishra, City president Bulu Dani, former councilor Soumyadeep Saraf, Julu Pattnaik, Chintu panda and youth leader Anata Behera were present.