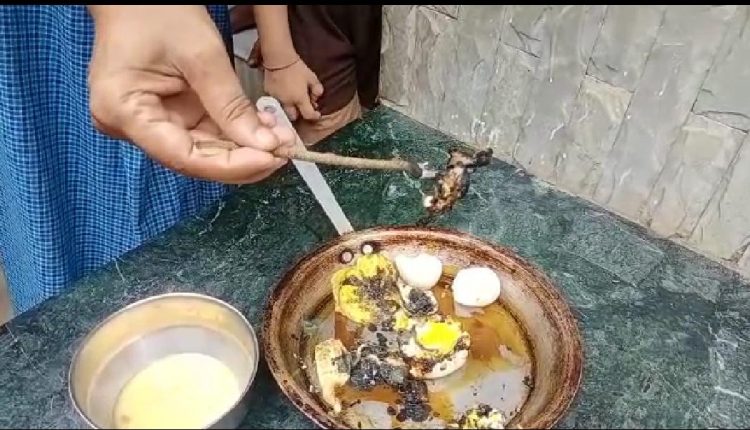 Jajpur: Plastic egg terror in Bingharpur area of ​​Jajpur district. For the past few days, villagers have been complaining that plastic has been smuggled into the area. The allegation came from the village of Peerakh in Chikna, Bingjharpur. Chandrashekhar Mohapatra of the village bought eggs from a shop and brought them home. When the eggs were cooked, the color of the egg shell was found to be white instead of yellow. Suspicious of this, he informed the shopkeeper who had brought the eggs. Even the egg omelette was set on fire. It looks like a sack that encloses with a drawstring. It is alleged that the eggs were supplied to the Anganwadi Centers. Wholesalers have denied the allegations.