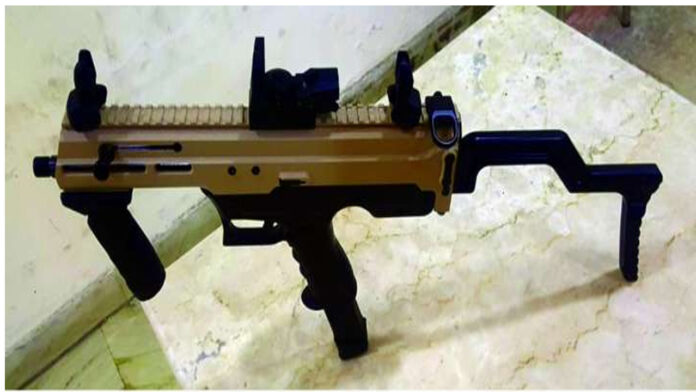 New Delhi: First native machine gun of India’s  9 mm machine gun has been mutually evolved by the Defense Research and Development Organization (DRDO) and the Indian Army, the Defense Ministry said on Thursday.

It said the Army’s’ infantry school in Mhow and the DRDO’s’ Armament Research and Development Establishment (ARDE) in Pune have planned and built up the weapon. The defense minister said the weapon has been created in a record season of four months.

“The machine gun discharge the in-administration 9mm ammo and sports an upper collector produced using airplane grade aluminum and lower beneficiary from carbon fiber. 3-dimensional printing measure has been utilized in planning and prototyping of different parts,” it said in an assertion.

It said the weapon has enormous potential in the military as close to home weapon for different missions, remembering for counter rebellion and counter psychological oppression tasks. “The machine gun is probably going to have creation cost under Rs 50,000 each and has potential for sends out,” it said.