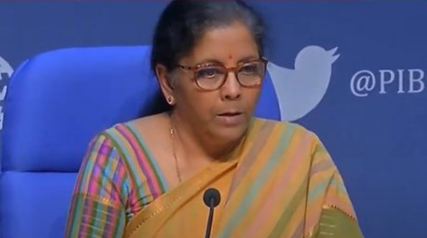 New Delhi: Finance Minister Sitharaman has announced the package on the second day. On the second day, the package was announced for migrant workers, small farmers and roadside shopkeepers. Rs 4.2 lakh crore has been disbursed to 3 crore farmers. The agricultural debt repayment period has been increased to 31 May. 2.5 million crore will be given to 2.5 million new Kisan cardholders. In March and April, 63 million farmers were given loans. As many as 63 million farmers have received loans worth about Rs 86,600 crore. SDRF will be spent on urban, poor, and migrant workers. “States have been asked to spend SDRF,” he said. The urban poor are being housed in shelters. In addition, urban homeless people are being fed 3 meals a day. 7,200 new SHGs have been created for urban poor. More human labor days have been set up to provide employment to migrant workers. More than 14.62 crore human days have been created in MNREGA. In addition, the package will provide free food grains to all migrants for the next two months.

In addition, the package will provide free food grains to all migrants for the next two months. As a result, about 8 crore migrant workers will get food grains. Two months of free food will cost about Rs 3,500 crore. Up to 5 kg of rice or wheat per month will be available for two months. 1 kg of pulses per family per month will also be provided free of cost. “States are tasked with providing food grains,” he said. Soon a country will introduce a ration card which is going to happen. Consumers can pick up items from any food depot in the country. The housing scheme will also be launched to accommodate migrant workers. Arrangements will also be made to provide affordable housing. Affordable housing schemes will be available under the Prime Minister’s Housing Scheme. People with debts of less than 15,000 will be given a 2 percent interest waiver. Borrowers under the Currency Child Scheme will benefit. 3 crore borrowers will get a rebate of Rs 1,500 crore.