Fund raising for the construction of Ram temple in Ayodhya 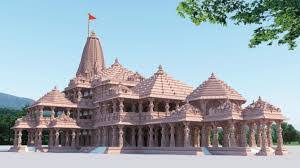 The Vishva Hindu Parishad – VHP plans to dispatch a cross country drive from January to raise assets for the Ram Temple development in Ayodhya.

VHP VP Champat Rai said the arrangement was required to get a last gesture from VHP’s dynamic body soon. He included Delhi, Mumbai, Bengaluru, Kolkata, Surat, and Jaipur would be a portion of the fundamental habitats for the drive. Rai said some different focuses may likewise be considered according to the need. Gaurav Jaiswal, a VHP functionary, said the gifts would absolutely be willful. “He [Rai] likewise educated us that some exceptionally arranged writing would be conveyed by our volunteers during the drive that would be embraced over all regions and towns,” he said after a VHP meeting here.