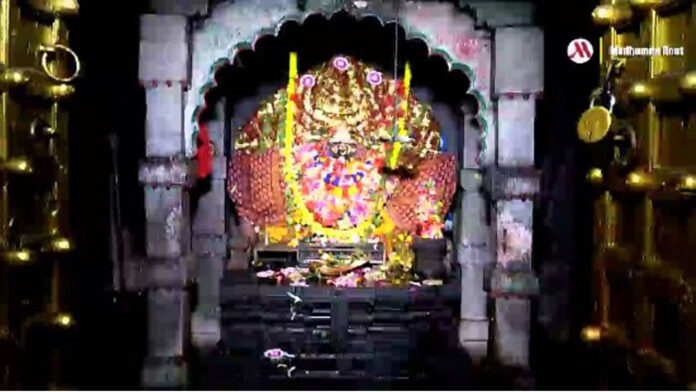 Jajpur: Goddess Maa Biraja at jajpur, Researchers believe that Birja’s position must have been long before the creation of the Mahabharata, as there is no description of any other pilgrimage site in Utkal during the Mahabharata forest festival, known as the Fifth Veda, written by Dwibhuja Mavgavan Byasdev. It is believed that it was started by the Aryans as it was first worshiped as a wooden doll in the name of Dwibhuja Maa Biraja in India. ‘

Goddess Maa Biraja was later accepted as a quadrangle, an octagon, a decimal, a twelfth, and an octagon. The copper plaque found at Chaturbhuja Kalipith in Bhadrak near Jajpur, which is now in the Odisha Museum in Bhubaneswar, was donated by the then king Surasarma during his eighth year of rule. Judging by the style of the inscriptions on the plaque, the manuscript is thought to have been the result of a third century AD. If the date of the quadrangle is considered to be a contemporary of the third century AD, there is no doubt that the statue of the goddess Dwibhuja is even more ancient.

Goddess Maa Biraja existed  before the Mahabharata was written

Goddess Maa Biraja, Legend has it that since Jajpur was a great city, all the artifacts that could be seen in the Panchaktosh Ayatan should be considered as belonging to Jajpur. The Birja Peetha existed long before the Mahabharata was written. So it is very possible that artifacts were created here even in the Mauritian period and beyond, but the ruins of very ancient times have not yet been found here, the field has not been well surveyed, or any part of it excavated. In such a case it would not be appropriate to say that there is no very ancient art architecture in this case. Among the visible idols, Goddess Maa biraja at jajpur herself is considered to be the oldest. According to her meditation, Dwibhujadevi is holding the tail of a monster in her left hand and shaking her body with her right hand.

Goddess Maa Biraja, The oldest of the ancient Mahishmardini idols has been discovered in India, the oldest being the Mahishmardani idol of the Shiva temple at Bhumra, built in the sixth century (34). This goddess is not a quadrangle, not a quadrangle like Birja.

The essential custom in the temple is Sharadiya Durga Puja, which starts the evening of Krishna Paksha Ashtami. This falls before Mahalaya and finishes on Ashwin Shukla Paksha Navami. The puja, known as Shodash Dinatatmika Puja, goes on for 16 days. The Ratha (chariot celebration) is known as Simhadhwaja, and its flag bears a lion. During the lunar progress from Shukla Ashtami to Shukla Navami a creature penance, Bali Daana is performed. Navratri is commended as Aparajita Puja. Different celebrations incorporate Nakshatra, Shravana, Prathamastami, Pana Sankranti, Raja Parva and Navanna. Devi is adored every day as per Tantra and Agama conventions as Mahishasuramardini by the Brahmins of Jajpur.

Pitampura holds the Pada Gaya, the Siro Gaya is found in Bihar, the Nabhi Gaya is found here as well. Pitru Pooja (Pinda Dhaan, Tharpanam, Thithi) is performed here. The actual sanctuary orchestrates the clerics and the pooja things.

During the Ganga and Gajapati rule, Chodaganga Dev and Pratāparudra Dev may have visited Biraja sanctuary as we go over an engraving of Chodagangadeva here and development of Sri Varāha sanctuary by Pratāprudradeva at Jajpur. Since the hour of Yayāti Keshari, there was a convention of the gathering of Gajapati ruler of puri and Sankarācharya of Puri on the Hera Panchami day during vehicle celebration at Puri in the Biraja sanctuary Premises. The custom has since been ended. The marhatās were incredible developers and evangelists of Hindu sanctuaries at Jajpur. Raghuji Bhonsale, the marhatā subedār is accepted to have visited the Biraja sanctuary during the eighteenth Century AD.