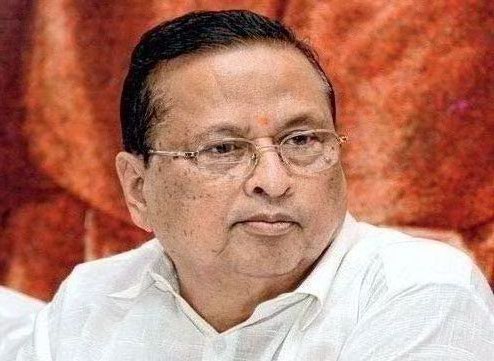 Bhubaneswar: The government’s compassion and compassion for migrant workers is clear tomorrow. On May 4, Congress president Sonia Gandhi said the Congress would pay for the return of migrant workers to their state. Accordingly, on the 7th, we informed the Chief Minister, the Chief Secretary and other government officials that we were ready to bring tickets to the people. Who has registered and all the necessary assistance to book train tickets etc. The government did not listen to him or give us time to negotiate. The government itself has said it will provide 85 per cent to the center and 15 per cent to the state. Mr. Patnaik asked where the money had gone.

The government decided yesterday. Did not pay the 2,000 rupees that we would have demanded to bring in the migrant workers for tickets and stay in quarentine, which we had demanded for 5,000 rupees, now he has decided to cut their train fare by Rs 2,000. “Is it Aurangzeb’s jijia tax or is the government trying to fry fish in fish oil or is it his concern for migrant workers,” said PCC president Niranjan Patnaik. “It simply came to our notice then. In the second place, there is another danger for us. The storm is expected to bring heavy rainfall to about 7/8 districts of North Odisha. The government has announced that all arrangements have been made. It would be nice if there was an arrangement. But in each case, they have seized it, despite obstacles we can scarcely imagine.  To make them comfortable. The government will try. So far, no special migrant workers have arrived in western Odisha. But she didn’t start coming. For example, millions of people have registered in Kalahandi, Balangir.

It is unknown at this time what he will do after leaving the post. In all of these areas, there is no facility for COVID-19 testing. The government should take immediate steps to streamline testing in all areas of Odisha that are likely to attract the most people. Otherwise we will have to be even worse. Mr Patnaik urged the government to understand the plight of migrant workers. Today, immigrants are walking the streets. He has been unemployed for two months, dying on the street, committing suicide, and has even died in police custody. Accordingly, Mr. Patnaik urged the government to fulfill the moral duty of the government and help the people, not like Aurangzeb, or to fry fish in fish oil.