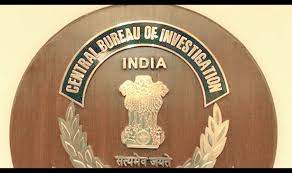 The Central Bureau of Investigation (CBI) today assumed control over the examination in the supposed assault and murder of 19-year-old Dalit ladies in Hathras in the wake of enrolling an argument against a blamed, authorities said.

“The case has been enrolled by the CBI on the solicitation of Uttar Pradesh Government and further notice from Government of India,” CBI representative RK Gaur said. He said a group has been established to examine the issue and a test is on. Another CBI official privy of the improvement said the examination group will be driven by a lady official Seema Pahuja, a Deputy Superintendent of police. The authority said FIR is enrolled against the blamed Sandip Singh under Indian Penal Code Sections 307 for endeavor to kill, 302 for homicide and 376-D for assault. Additionally, the part 3 of SC/ST Act for monstrosities against a booked position lady has been remembered for the FIR, he included.