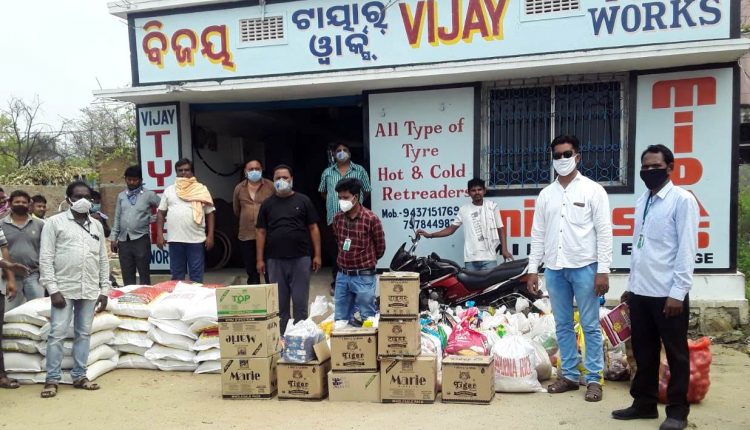 Lockdown has been declared the third phase in the country across the country due to infections and outbreaks. However, the state bus owners’ association has expressed dissatisfaction with the third phase of bus service. As a result, it is expected that it will be difficult for bus drivers to maintain their daily lives in Gujarat until their bus services and salaries begin. So they met with local legislators through his union and asked for some help for him. At his request, private bus drivers have been informed by the district administration that 72 private bus drivers in Balangir have been provided through the district administration through the district administration from the MLA fund near the local Jilaram temple. Each aid packet contains 20 kg of rice, 10 kg of flour, 2 kg of pulses, 1 liter of edible oil, 1 kg of beans, 1 kg of onion, one packet of salt, 100 grams of turmeric, 100 grams of spices, 3 biscuits. The packet is written. It is to be noted here that the city’s auto, riba and taxi drivers have already learned from the legislative fund that food rations have already been provided as aid. State Congress Secretary Ajay Bali, District Vice President Manish Mishra, City Congress President Bulu Dani, Nagar Congress, among others, distributed the assistance, which was held under the direct supervision of the Deputy District Magistrate.