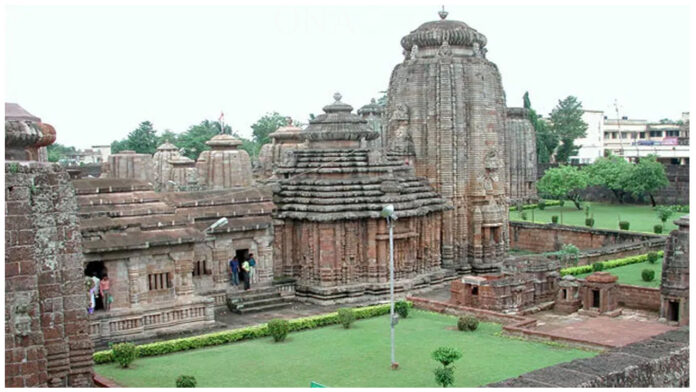 King of the Lingas

There is a roof on the inner wall to protect it from external injuries. The word Lingaraj means ‘King of the Lingas’, ‘Ling Puja’ is a symbol of Shiva worship and is known as a Shaiva area. Shiva is worshiped here as Tribhuvaneshwar (the deity of heaven, earth, and hell). Goddess Bhubaneswari is also worshiped here with Lingaraj.

The history of the Lingaraj Temple shows that the temple is more than 1,000 years old. Evidence has been found that it was built in the sixth century, but was rebuilt in the 11th century. The construction of the Lingaraj temple was completed by the end of the Vishnu Puja, which confirms the union of Har (Shiva) and Hari (Vishnu) here.

Kapalini Devi is worshiped in temples

Legend has it that Mahadev Lingaraj, the father of Kapaleshwar, was in a small temple in front of the Lingaraj temple. Kapalini Devi is worshiped at the Baital Deul, one of the oldest temples in Bhubaneswar. Lingaraj visits Kapalini during the winter solstice.

For this reason, Kapalini is called Lingaraj’s sister. Mahaprabhu Lingaraj is offered by the devotees with bananas, coconuts, and korakhai. There is a passenger halt station called Lingaraj Temple Road here.

Among these temples are Lingaraj Temple, Rajarani Temple, Mukteswar Deul, and other well-known countries. The temples are built in the style of Kalinga. In eastern India, Puri, Konark, and Bhubaneswar are called the Golden Triangle, which is especially popular with tourists.

HIDDEN TREASURES OF THE MUTTS  Anil Dhir  Bhubaneswar: The recent hullaballoo over the discovery of another set of silver ingots buried under the Emar Mutt at...
Read more
Featured

Things To Know About Web Design, You should keep steady over new and constant forward leaps with regards to finding out about website architecture....
Read more
Featured